For decades now, Dakota Digital has been developing options to update totally outdated dash centers. Their newest addition to the catalog is an application extension of their extremely popular VHX Instruments for 1963-1964 Cadillacs. These highly functional VHX instrument systems will bring your Cadillac into the modern ages in looks and functionality.

The VHX Instruments will bring fully lit needles, backlit faces, and a highly visible LCD message center for easy read outs to your Cadillac. They come in a variety of face stylings, and installation requires hand wiring since these are not bolt-in systems. Learn more about the 1963-1964 Cadillac VHX Instruments in the official release below. 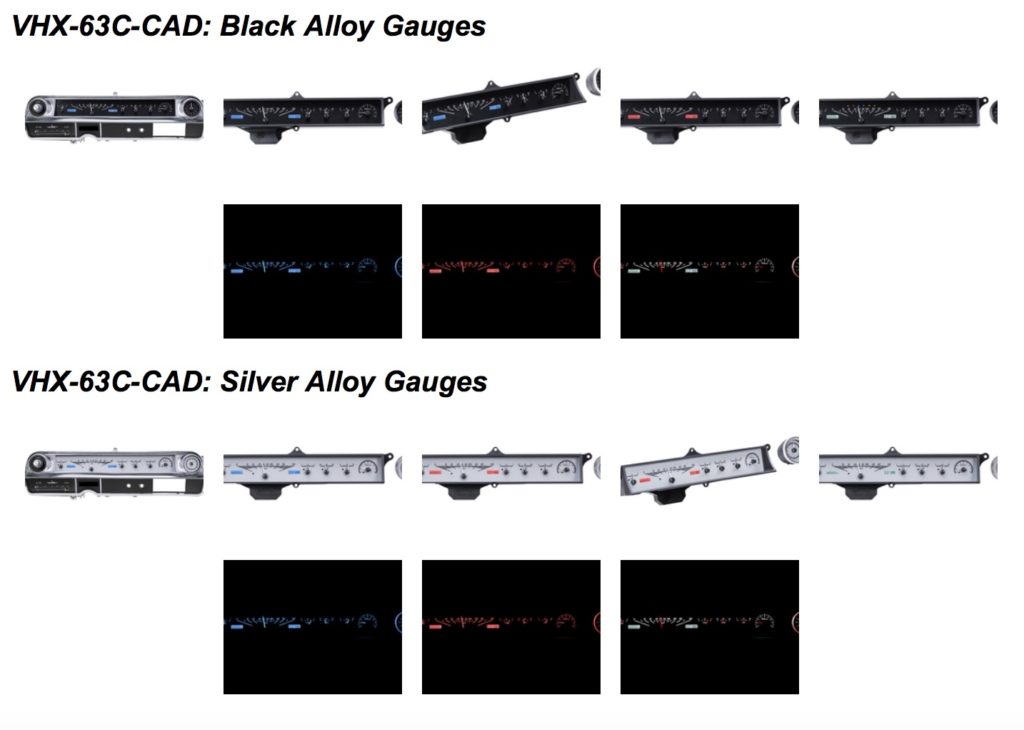 This direct-fit instrument system could be called the Cadillac of gauge sets; it brings six analog instruments plus a pair of LCD message centers to this classy barge. Keep the original chrome housings but upgrade to modern instrumentation suitable for any drivetrain, from the stock 390 to a turbo LS3, integration is no problem. Choose from black or silver face styling and blue, red or white LED backlighting to complement your Series 60S, 62 or 75.

Fully lit needles, backlit faces, and highly visible LCD message centers are a few of the things that you can see which set the VHX Series apart from yesterday’s traditional approach to instrumentation. A few of the features which you don’t normally see are the micro-controlled precision stepper motors, solid state sensors for unparalleled accuracy, and user-customizable display feedback, all supported by an unrivaled limited lifetime warranty which has become the standard for Dakota Digital instrumentation systems . Completely engineered and manufactured at our facility in Sioux Falls, South Dakota, the VHX Series has completely revolutionized the instrumentation industry!

Shawn Henry is a Texas native who has spent the majority of his career building and selling F-Bodies and Corvettes. Now studying journalism, he is taking a new direction with his love of performance vehicles.