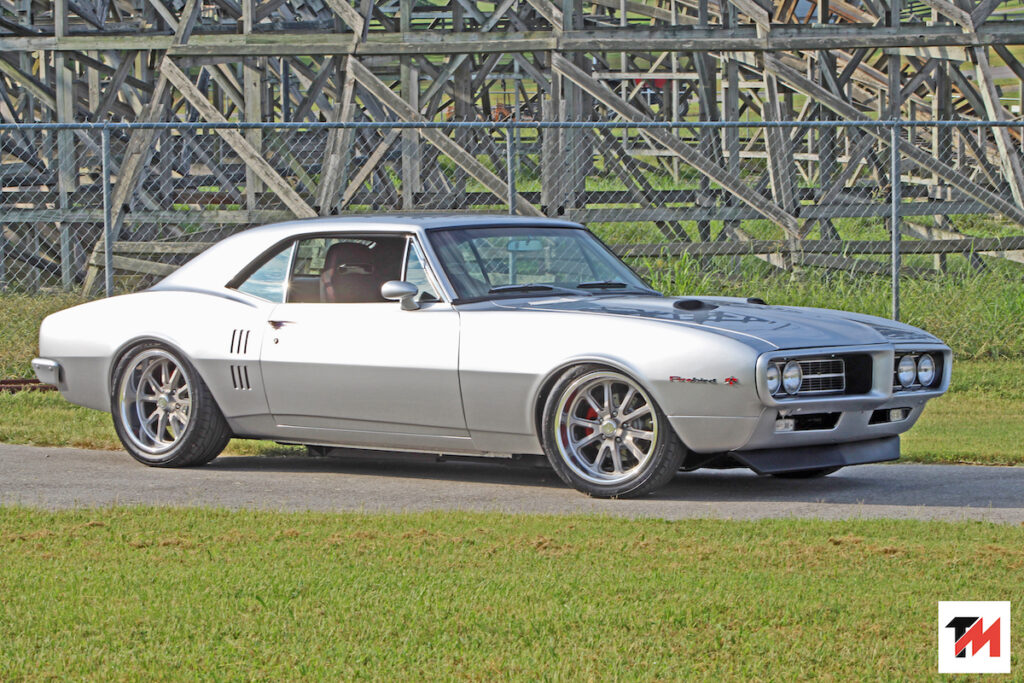 Ben Miller Builds a Show Stunner Out of a Family Heirloom

The Pontiac Firebird is one of the most popular pony cars on the planet. A structural twin to cousin car, the Chevy Camaro, it has a legacy all its own. Whether you want to cite some of the iconic version, like the original ’69 Trans Am, or SD-455 from 1973. 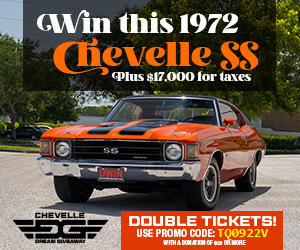 Of course, there were other Firebirds and Trans Ams that would leave a lasting impression on gear heads the world over, solidifying the legacy of the marque. One such example is this silver ’67 Firebird owned by Ben Miller of Owensboro, Kentucky.

Sprayed in a shade of PPG Silver Ice, it lends a subtle but attractive style that one could easily consider timeless. Apart from a front spoiler and a set of 18-inch wheels wrapped in Nitto 555 rubber, you wouldn’t think there was much in the way more than a traditional Pontiac engine under the hood. But, you’d be mistaken you made that assumption. 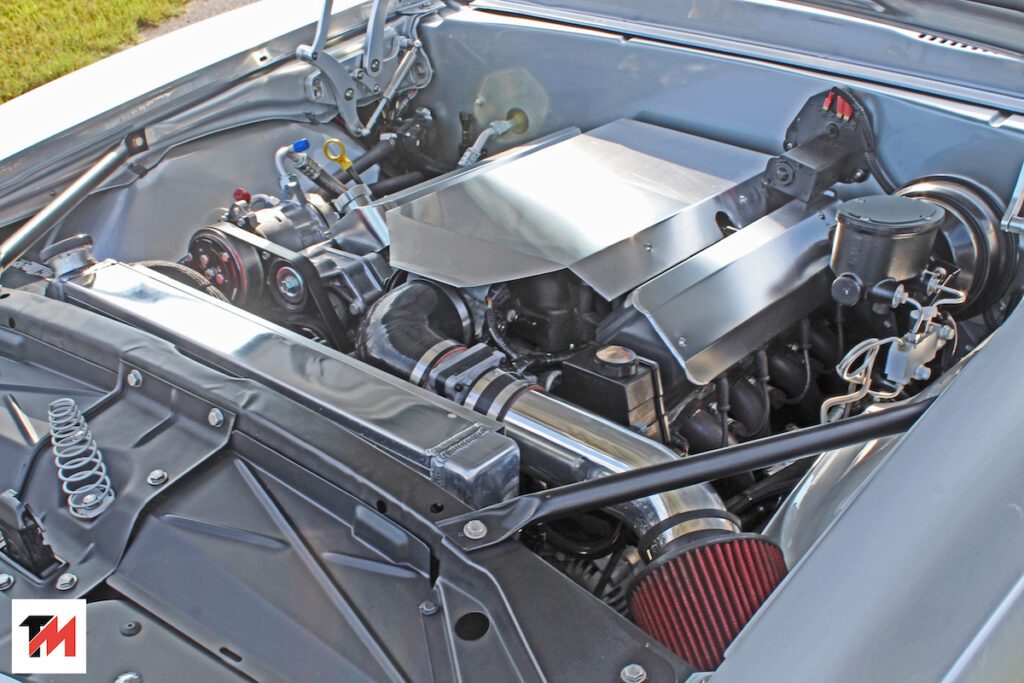 Pop the hood, and you won’t find a 350 or a 400 Poncho — nope. What you will find, is a 5.7L LS1 that’s been lent by a prematurely-departed ’99 Trans Am, fittingly enough. Ben, who has a history of building S-series GM trucks, originally planned to drop in a 406-cubic inch Small-Block Chevy.

But one trip to the Holley LS Fest around 2015 had changed everything for Ben. Witnessing how the engines can get down live and in color, totally changed his outlook on the modern mill, and his plans for the ’67 Firebird he had inherited from his grandmother — who had owned it from around 1970, and drove it as recently as the late-90s. His dad had daily driven the car for a few years after that but the years had finally caught up with the car, and it was time to finally park it until a restoration could be performed. 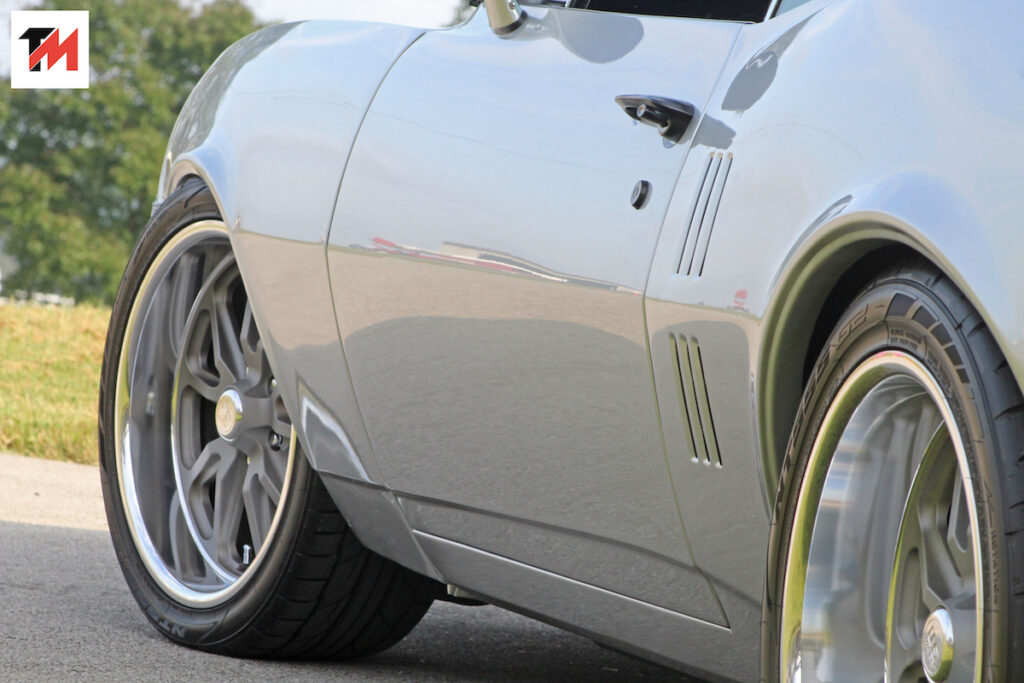 After he scored the aforementioned LS1, he didn’t want to simply toss it in — with the engine already out of the car and fully exposed, Ben took the opportunity to step it up a little bit. This included a Holley oil and a Tick Performance camshaft. To take it a step further, he implemented a cold-air intake tube and a high-flow element air filter.

To add some additional ponies, a set of Hooker long-tube headers feeding into a pair of 2.5-inch exhaust tubing through  Magnaflow mufflers fit the bill. They also improved the soundtrack quite substantially as well. Ben relies on a 4L60E for shifting duties, that houses a 3800-stall torque converter. The GM 10-bolt with a 3.42 gear ratio lives out back. The whole thing has been calibrated with HP Tuners software for maximum performance, reliability and drivability. 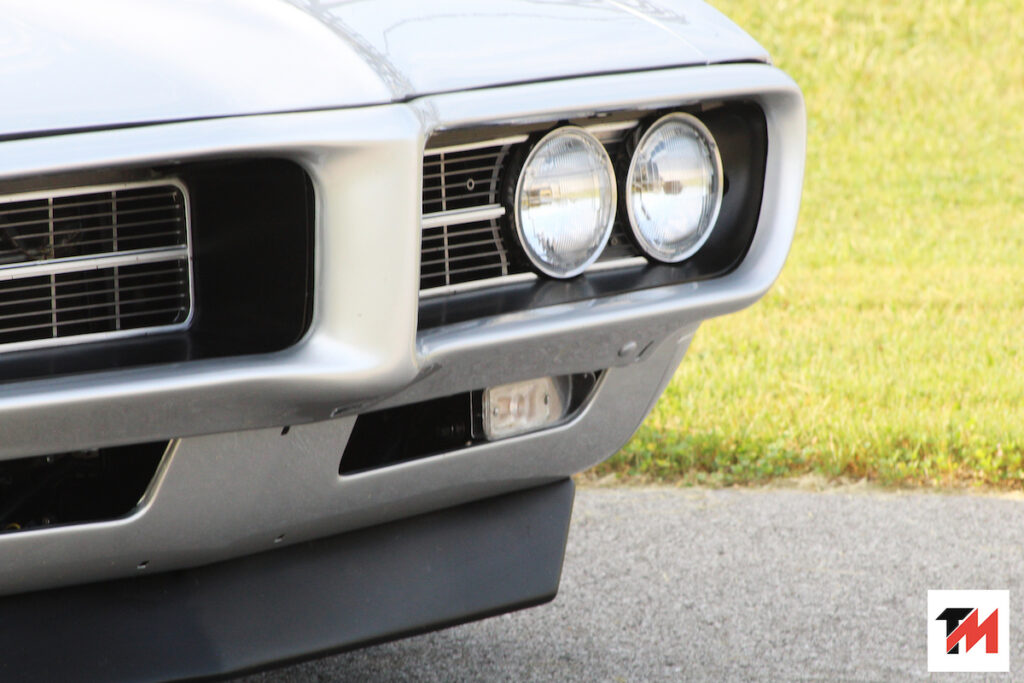 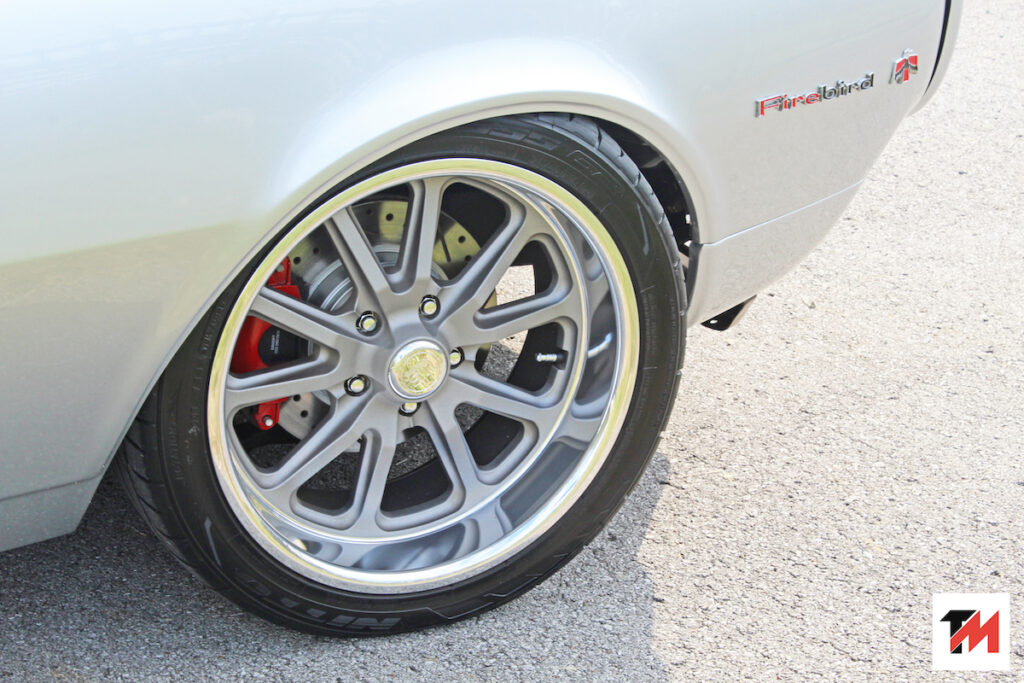 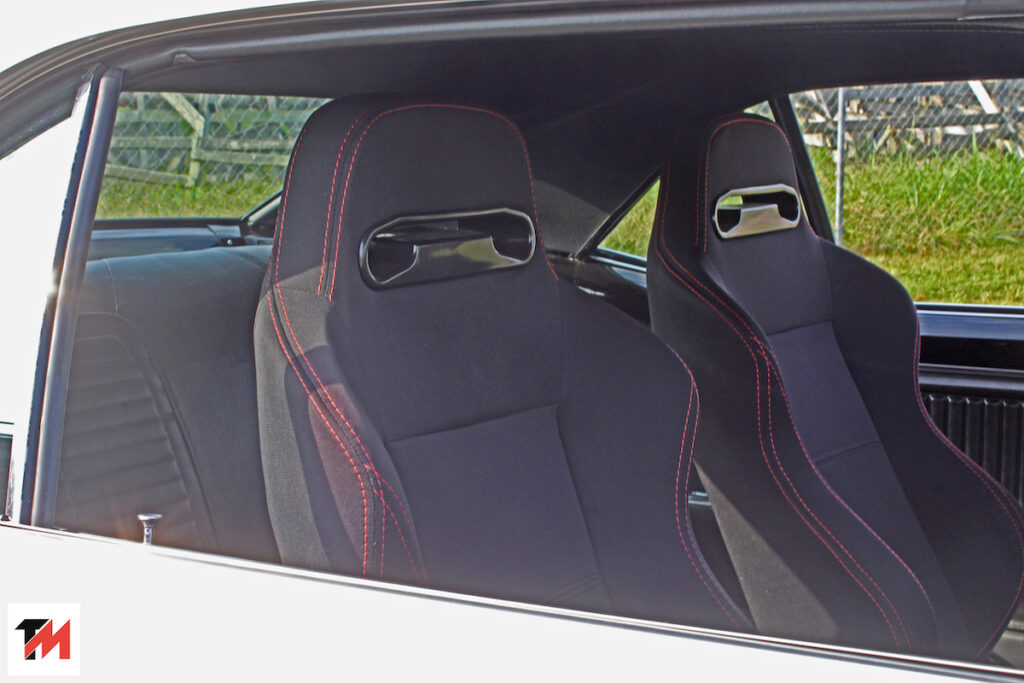 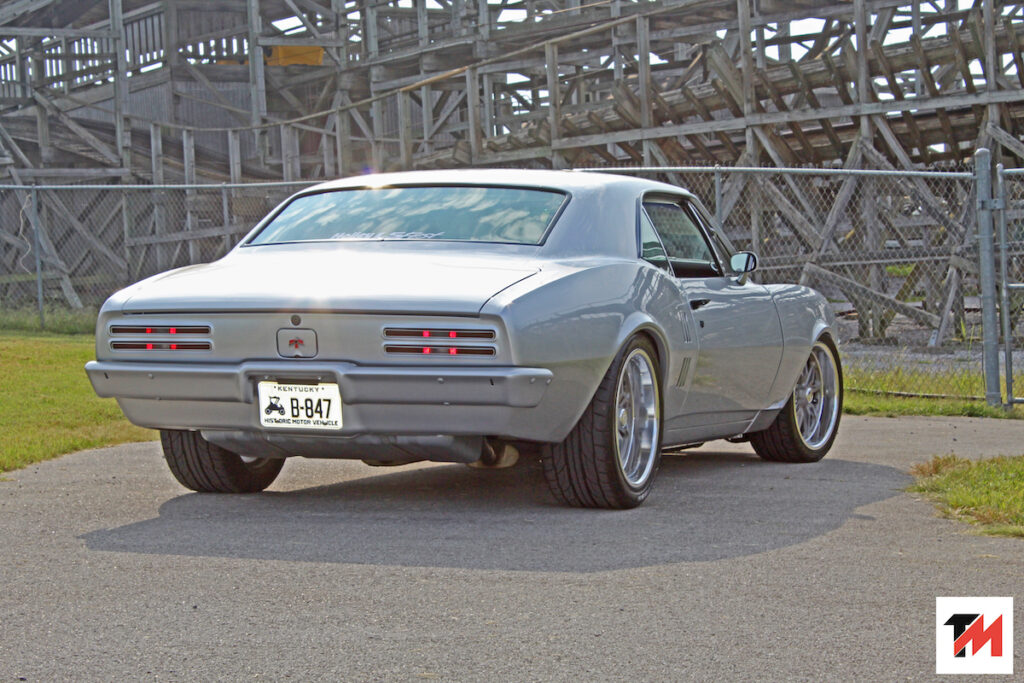 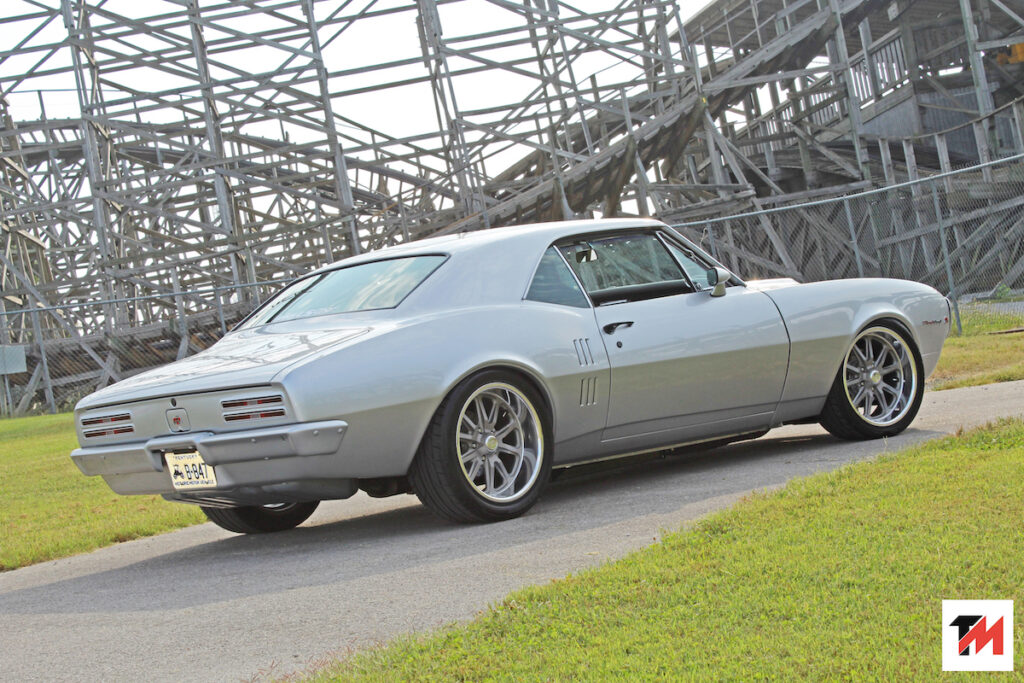 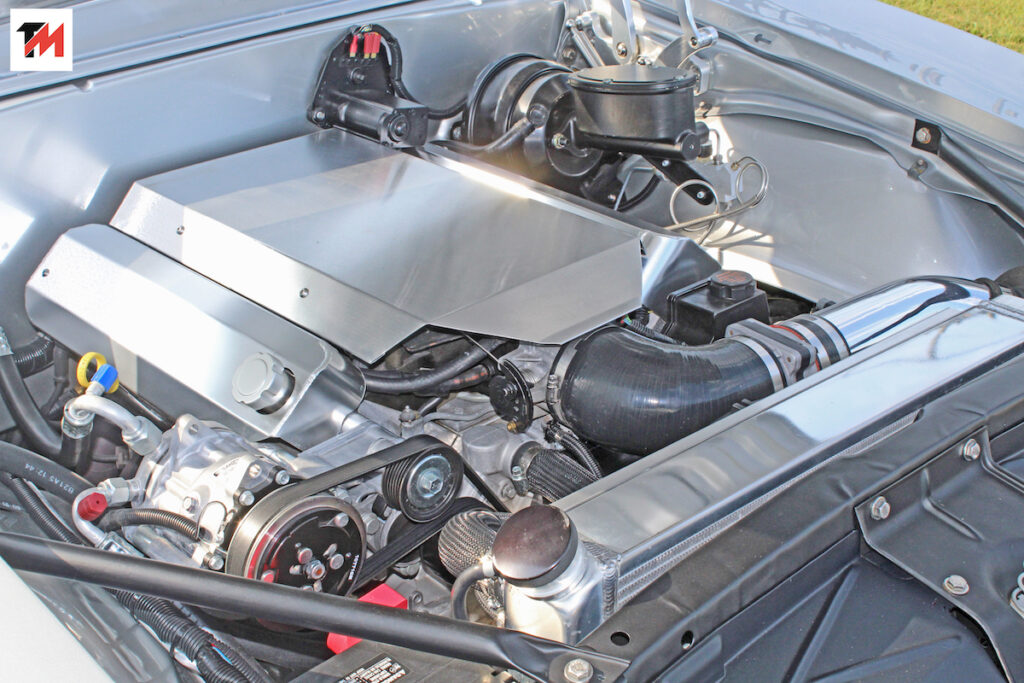 On the inside, the metal section of the original dash has been repainted black, as a better contrast to the Silver Ice paint on the exterior. Aftermarket racing seats provide additional support and a modern touch, as does the Dakota Digital gauge cluster. The final touch is the suede wrapped steering wheel that matches the seats perfectly.

Underneath the Firebird, a large portion of the Ridetech catalog was thrown at the first-gen. From Ridetech’s own Shockwave shocks, to their rear leaf springs, front sway bar, and subframe connectors are present. If you’re familiar with F-bodies, you know that subframe connectors are extremely important in these cars as they like to flex once you breach a certain level of horsepower and torque. Also, they help cure some known issues with rattles, squeaks and the like. 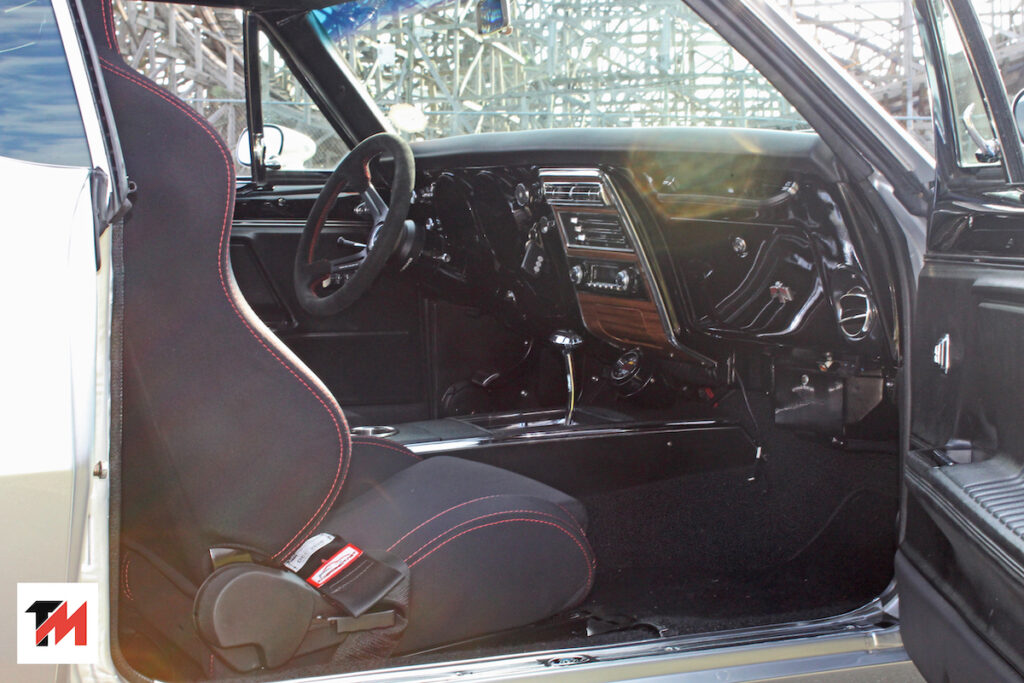 When we asked Ben what he liked most about his Firebird, and he had to say his top three is the color, the stance and the drivetrain. Our take? It’s the perfect blend of classic styling and modern technology and performance. You get all of the panache of the ’67 Firebird, but it has modern day performance, reliability and fuel economy. It’s a car that could be daily driven like a late-model, but would be a stand out on cruise night.

Ben also wanted to extend a personal thanks to Jason Day, his painter, Timmy Bittel (being a big help throughout the process), his sons, Alex and Brady Miller, Heath Hoover of Hoovers Hot Rods for handling the exhaust, his mom and dad for helping fund the whole deal, and most of all, his grandmother, and his father, Jim Miller. Without their help and support, none of this would have been possible. 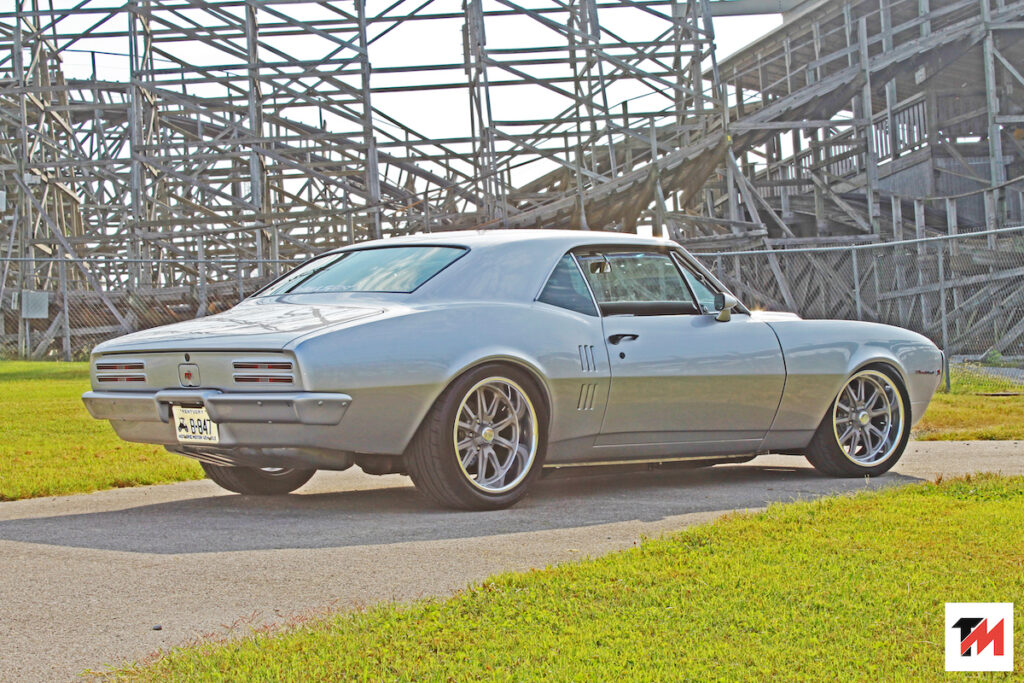